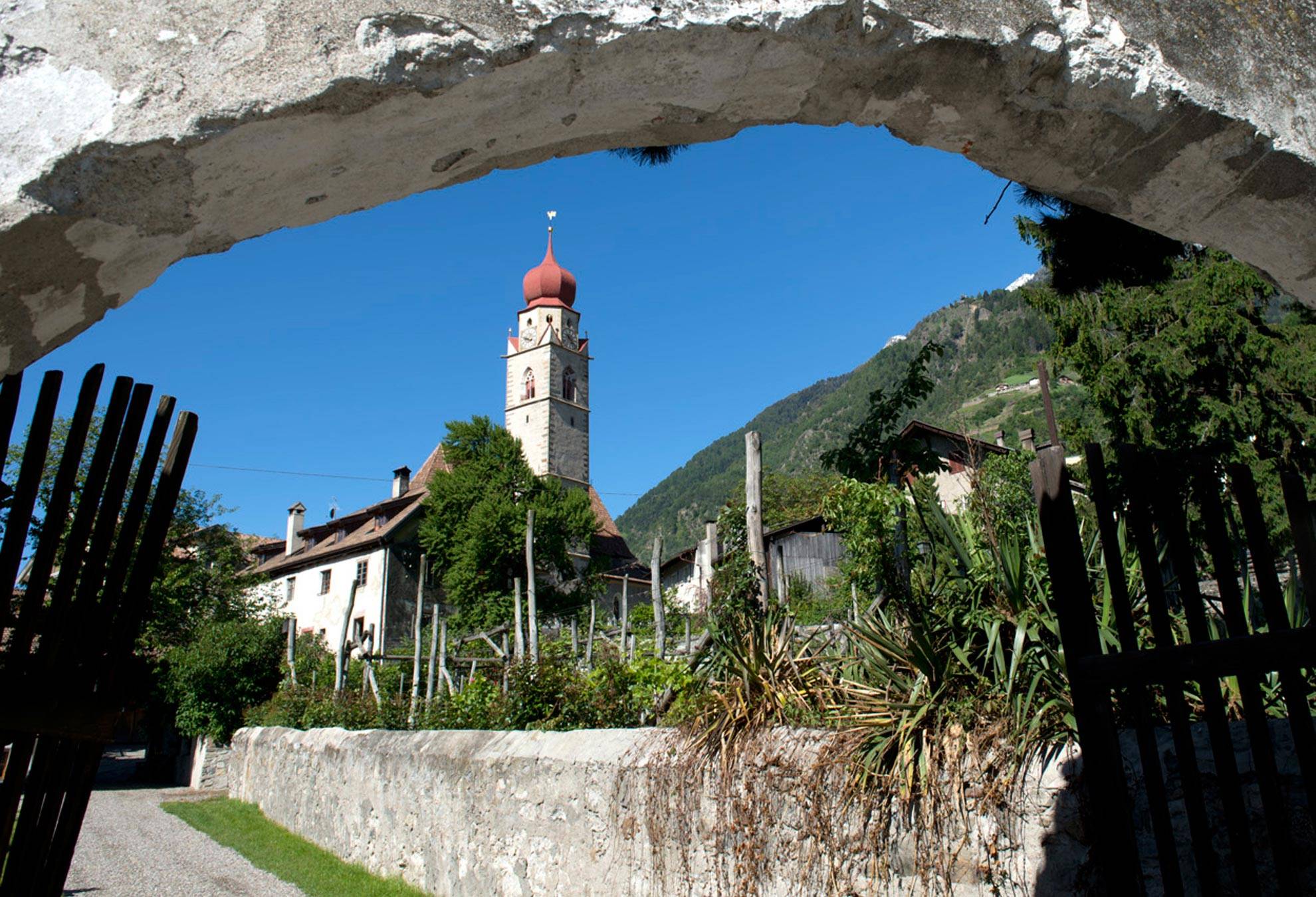 What to see in Parcines, Rablà and Tel

The old manors, narrow alleyways and traditional farmsteads in the small village center have a timeless fascination. Along the old Roman road, the Via Claudia Augusta, the churches and the old limestone kiln in the Quadrat quarter still bear witness to the centuries-long and eventful history of Parcines/Partschins.
In Parcines and its environs there are no less than three museums: the Typewriter Museum (Schreibmaschinenmuseum) takes its name from the inventor of the typewriter, Peter Mitterhofer; the Train World Museum (Eisenbahnwelt) , a digitally controlled miniature scale model of South Tyrol with a moving railway and the K.u.K Royal & Imperial Bad Egart Museum. This museum and restaurant is located at the oldest hot spring in Tyrol and is packed with artifacts dating from the Habsburg era. The old half-buried wartime bunker cut into a nearby rock face is one of many owned by the artist Matthias Schönweger, in which to house his own art installations.

The Typewriter Museum in Parcines

The Peter Mitterhofer Typewriter Museum (Schreibmaschinenmuseum) in Parcines/Partschins is named after its inventor. In the museum, there are as many as...

The Train World Museum in Rablà/Rabland near Parcines/Partschins is a magnet for visitors of all ages. Spread across more than 1,000 m2, the digital model...

The Royal & Imperial Bad Egart Museum in Tel in Parcines

Mentioned in the records dating back to 1430, the Bad Egart spa in Via Stazione/Bahnhofstraße street in Tel/Töll was built on an ancient hot spring in...